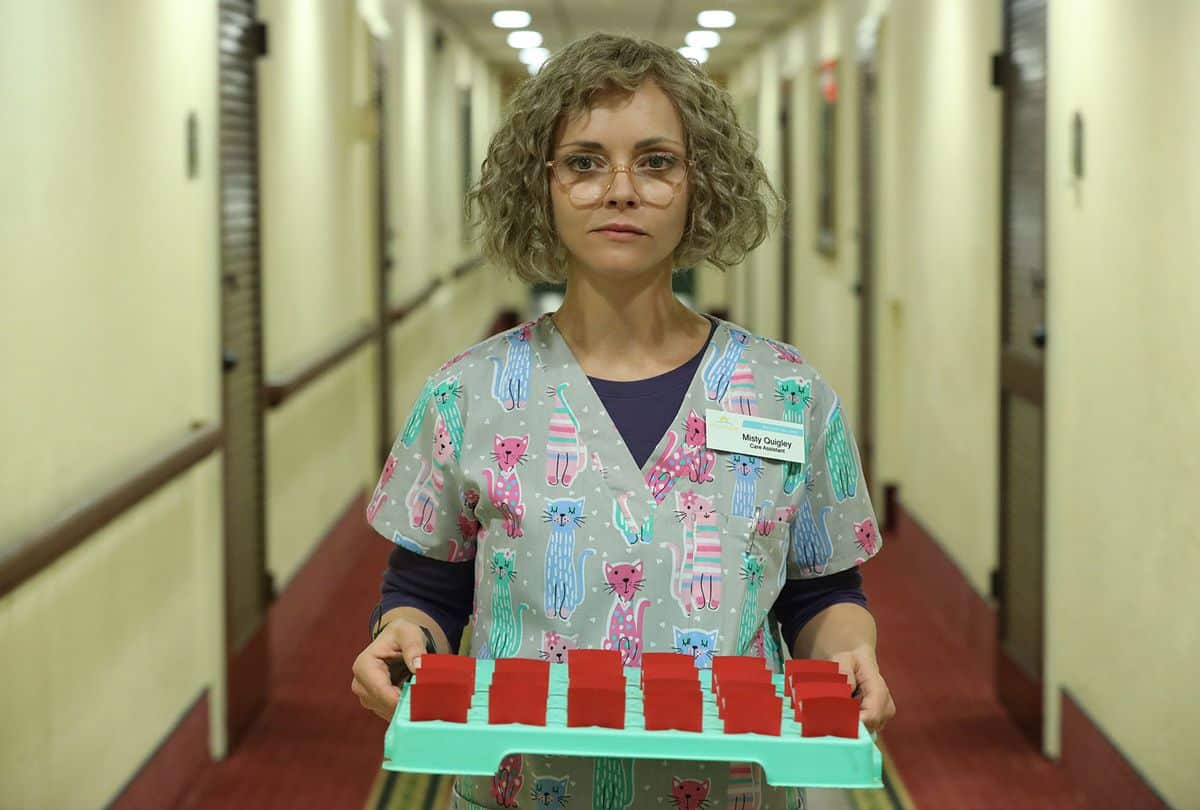 With the first season of Yellowjackets in the bag, fans are left to obsess over the many mysteries the finale’s cliffhanger posed. As we await the already-confirmed second season to hit the air, we’ve got the time to delve into how characters, performances, scripts, and other elements came together to create a compelling mystery.

One of the many things Yellowjackets used to its benefit was its soundtrack, which pulled in a mix of new and old, Top 40 and more obscure tracks, to add a little something extra to so many scenes. When it comes to songs being a part of the story, Yellowjackets is a master class in placing music that tells us something about what the characters are going through that couldn’t be read in performance or dialogue.

\\”Today\\” by the Smashing Pumpkins

The first song of the series drops us right into 1996 with “Today,” which was released in 1993 but even today sees heavy rotation on playlists featuring hits of the mid-’90s. Deceptively upbeat, the song’s lyrics seem like a celebration, but the song is said to have been written due to Billy Corgan struggling with depression and suicidal thoughts. That seemingly dreamy optimism coupled with a dark and troubled underbelly made it the perfect song to open on.

Best friends Jackie and Shauna are doomed to experience a serious friend break-up before the show’s end, and sadly, that’s the very least of their problems. Decades later, Shauna continues to live in Jackie’s shadow, with many noting that Jackie was especially wonderful without adding anything about Shauna. Yet, even in their first moments on the screen, Jackie kicks Shauna’s Liz Phair tape out to listen to blast “Informer” by Snow, letting us see that there are differences between the two that may prove insurmountable.

As the teens arrive at a party celebrating the Yellowjackets’ pending trip to the soccer championship in Seattle, POS NEG’s “Let Me Find Out”plays. The atmosphere is jovial, but the lyrics about seeing the truth in someone who is manipulative and “classless” sets a tone for the next scenes in which team turmoil already looms large.

We are introduced to the fiery troublemaker with a heart of gold, Natalie, when she and her friends are forced to run away from bullies after she stands up to them. Their sense of terror gives way to excitement as they take LSD. Cutting to Natalie in rehab years later, we learn that her teenage experimentation turned into a rocky road with addiction. Hole’s mournful ode to the impossibility of perfection accompanies her as we go from a young rebel to an adult who has fought a lot of battles, but won relatively few.

Through the last moments of the first episode, we see that our now middle-aged characters all continue to struggle in silence through the hidden horrors of their time in the wilderness. As the girls prepare to leave on a flight that is doomed to crash, Paloma Faith’s cover of the INXS song plays behind her, singing, “don’t ask me what you know is true, don’t have to tell you that I love your precious heart.” This speaks to the shared desolation of the main cast while offering the sentiment that they are together in their pain even when worlds apart.

Yellowjackets megafan Misty is one of the breakout characters of the show, and her strong underdog vibes make Wilson Phillips’ “Hold On” a perfect theme for her. The song first serves as the background to her standing up to some classmates prank calling her, but, as with so many things on Yellowjackets, a disturbing twist soon comes along. When she hears some of the other survivors talking about how much they appreciate her being there, and the attention-starved Misty full out breaks the black box that could have saved all of their lives into little pieces as the song plays.

Tracy Bonham’s The Burdens of Being Upright is one of the great underrated albums of the ‘90s, and the single “Mother Mother” serves as a great momentary glimpse into the world of the girls in the hours directly after the plane crash. With many dead and the coach’s leg severed, Bonham’s song about a child who has left home and found poverty and desperation only to call home to pretend that life is going well clicks in a new way. “I’m hungry, I’m dirty, I’m losing my mind, but everything’s fine,” she sings as the bloody horror of the crash sinks in.

After meeting up with Misty and getting fellow survivor Travis’ contact information, Natalie goes to her hotel room and drinks. Listening to “Kick It,” she amps herself up to call only to realize that Travis isn’t going to pick up his phone. This scene leads to her impromptu trip to find Travis, which Misty tags along for.

\\”No Return\\” by Craig Wedren and Anna Waronker

Appropriately titled “No Return,” the theme song for Yellowjackets doesn’t appear until the third episode, but what a debut it is. Brooding electronic music over distorted images of the cast that draws a direct line between the hopefulness of youth and the regret that can come in adulthood, this ominous track serves as the perfect vibe setter for a series that keeps its audience guessing.

When the girls realize that they will need to find water, they’re forced to leave the familiarity of the plane wreckage. Things look grim until they finally see a lake. They run in, letting the water wash away some of the horror of the accident. When one of them looks at the shirtless Travis and asks if he’s hot, Jackie frowns and says, “It’s been three days.” Natalie smiles, and we see the burgeoning of a doomed love that will last for decades as “Dreams” by the Cranberries plays.

After Natalie and Misty were arrested breaking into Travis’ house, they might have let the whole thing drop. Yet, sensing that something is terribly amiss, Natalie takes Misty along as she goes to find Travis only to find his body. Apparently having died by suicide, they quickly find reason to suspect that there were other factors at play. The lyrics declare, “this means nothing to me” as Natalie mourns and Misty pulls her away at the sound of approaching police.

It’s clear that Natalie has had a lot of difficulty fitting in, but as the season unfolds, we see more of her complicated home life when she pulls a gun on her abusive father. Though she does not shoot him, the incident leads to his accidental death, and she is haunted by images of him with parts of his face and skull missing. As the plane plummets from the sky, she sees her father’s face with the chorus, “Cash in now, honey,” playing through the scene.

When the group salvages a boombox and some batteries, the tape is set to “This Is How We Do It.” At first, the girls are excited, jumping around and having an impromptu dance party. Almost immediately, the song distorts and cuts out as the batteries die. Everyone is disappointed, offering immediate contrast to the song’s declaration of action.

\\”Freak Out\\” by Nightlapse Featuring Liska

In the present, Shauna and her lover Adam go to a party in which she feels incredibly out of place due to being older than most everyone in the crowd. Adam encourages her to let go and have fun only for her to run into her daughter, who is high and disturbed to realize her mother is having an affair. “Freak Ou”t is a perfect song to encapsulate the utter weirdness of the moment while also providing a danceable beat.

\\”Overture to the Phantom of the Opera\\” by Andrew Lloyd Weber

Misty makes a comment early on about her love for listening to showtunes in the car, but rather than any number of more upbeat choices, it’s the “Overture to the Phantom of the Opera” that becomes associated with her. Listening to the song as she kidnaps the fake journalist Jessica Roberts, the song repeats again later as she uses the camera she placed in a gift for Natalie to spy on her and her brief romantic prospect, Kevyn, like a true Phantom.

Young Taissa has made the choice to leave the relative safety of the deserted cabin in order to go looking for help. Cutting off her hair, she determines to be strong and to go it alone if she must. Though they are closeted for much of the season, her girlfriend Van steps up and insists that she has to go with Taissa for her own sake rather than spending the time worrying and wondering. The lyrics for “S P A C E” insist on a need for self-determination while insisting that it’s part of a more sustainable love.

Easily one of the most memorable parts of the first season, the team watches the devoutly religious Laura Lee plummet to her death in an antiquated plane that was out of service for years if not decades. In mourning of their lost friend, they all sing “Kiss From A Rose,” which tells of a love that reaches out from beyond the grave.

The high school reunion comes at a catastrophically bad time for all parties, with Jeff’s money laundering and Shauna’s affair and subsequent murder of Adam having been revealed. Jeff and his friend and associate Randy chat and wait for the others to arrive with “Rump Shaker” playing in the background, showing a level of casual enjoyment that the surviving Yellowjackets appear to have lost forever.

After disposing of the unfortunate Adam’s body, Shauna, Taissa, Natalie, and Misty all arrive at their 25-year high school reunion to the sound of Offspring’s “Come Out and Play.” Again, a timely pick, but the chorus “you gotta keep them separated” is especially meaningful. Though they are joining their former classmates, it’s clear that there is something very different about these four that makes them stand out to everyone.

At the beginning of the season, Taissa was disappointed in teammate Allie’s lack of dedication and broke her leg in a move that may or may not have been accidental. Years later, Allie talks to the others about their “shared trauma,” which Taissa, Natalie, and Shauna all take with a dose of skepticism.

Allie starts a Jackie-heavy slideshow as “Only Time” begins playing. In an interview with Harper's Bazaar, music supervisors Jen Malone and Whitney Pilzer noted that there was a short struggle around the song despite it being clearly perfect to close the season out on. Fortunately, it was ultimately allowed, granting the closing scenes a perfect sense of irony as we see that time has done anything but heal their wounds.