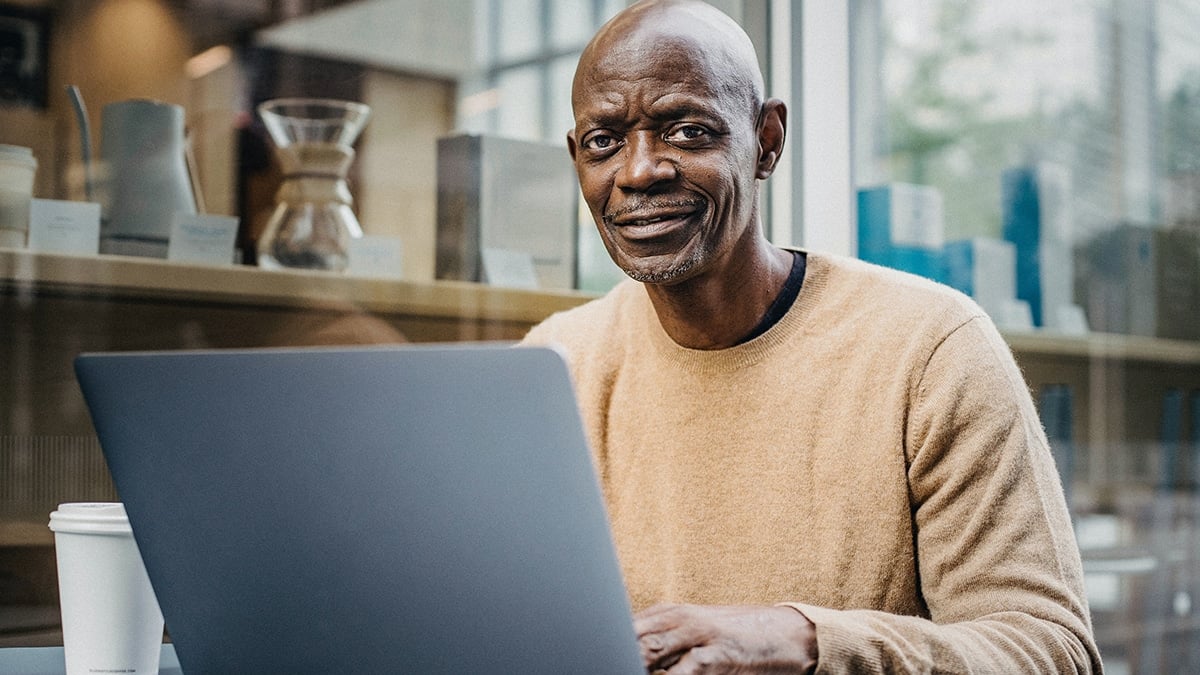 “C was contacted for an interview and was surprised to learn it was email only,” explained Grant, “but they checked the company website, and everything looked legit.” There were some warning signs: an email interview isn’t common, and the job listing was no longer on the site, but C went forward. After the interview, this company offered C the job. They agreed on benefits, a better than average salary, and a stipend to purchase a work computer. C even signed an offer letter.

You Can Email a Check?

The new employers claim that before Covid, they would simply ship the work computer to the employee. Now they would send C a check to purchase the computer. This company then emails C a check for $2,150.30. “The new employer asks C to send a screenshot showing they made the deposit,” tweeted Grant. C follows their instructions, only to get a call from their local credit union alerting them to the fraudulent check.

C returns to the company website, looking for an HR contact number. “That was when C spotted that the word “connections” in the email address only had one N,” said Rachel.

A spelling error confirming a scam-in-progress.

C was one of the lucky ones. Scams are everywhere, particularly on legitimate job sites like LinkedIn and ZipRecruiter. The job market is difficult enough without worrying about potential employers defrauding you.

Rachel’s string of tweets has over 15,100 likes and nearly 8,000 retweets. She encourages everyone to share this story, unconvinced that the authorities or LinkedIn will be able to prevent future scammers from targeting job seekers.

C’s story brings to light an insidious fraud and deceit pattern that only increases yearly.

Look Out for Bad Grammar

FBI special agent Sean Ragan called this latest crop of scams “a significant threat” to LinkedIn. But the popular job-seeking site is no stranger to fraudulent activity.

LinkedIn is transparent with its efforts to eradicate scams, fake accounts, and potentially dangerous situations for its users. In addition to human experts, LinkedIn relies on artificial intelligence to weed out fake accounts and job postings before they go live on their site.

“96% of detected fake accounts and 99.1% of detected spam and scams are caught by our automated defenses,” says Oscar Rodriguez on the official LinkedIn blog. In addition to their safety measures, LinkedIn encourages users to report instances of scams or spam. One important thing is to be on the lookout for bad grammar. “Bad grammar is a simple, important red flag,” says Rodriguez.

Catching a grammatical error helped C realize they were being scammed, and it’s one trick you can use to stay vigilant.

More often than not, scammers want your personal information. Staying alert can help you clock the fraud before you provide any sensitive materials.

JB Larson talks about a job scam he narrowly escaped last year. While applying for jobs on ZipRecruiter, a hiring manager from a medical supply company approached Larson with a job opportunity. “I was excited,” remembers Larson, “At first glance, the company checked out.” Signs of legitimacy for Larson included a modern website, LinkedIn presence, and “seemingly legitimate” references from other websites.

“I first became suspicious when the hiring manager said they wanted to conduct the interview over Skype chat,” Larson told us. This chat took approximately thirty minutes, during which Larson provided long-form answers to essay-style questions and multiple choice answers. “If they asked for any additional personally identifiable information, I was planning to bail,” he says.

Thirty minutes after the chat interview, Larson received an offer for a full-time remote position. The company emailed his new hire information, including his $76,000 annual salary, benefits, and a breakdown of his daily responsibilities. “I was still skeptical, but part of me still wanted to believe it was real,” Larson says.

It was when the company requested sensitive personal information, including his social security number and banking information, by the end end of the day that Larson finally accepted his dream offer was a scam.

This incident was a frustrating blow for Larson, who was only trying to find a job. “Fortunately, I landed a great job about a week later,” Larson told us. “I’ve been in this position for almost nine months, and things are going very well.”

There Will Always Be Scammers

According to their semi-annual transparency report, LinkedIn removed 70.8 million instances of scam activity between July 1 and December 31, 2021. LinkedIn removed one hundred seventy-nine thousand cases of scam content after members reported it to LinkedIn.

Job scams come in many forms. In addition to C and Larson’s accounts, we spoke with several individuals required to buy training packages before the onboarding could begin. Whenever an applicant is asked to pay any money upfront, chances are high that they’re in the midst of a scam.

LinkedIn is a ripe hunting ground for scammers and predators. During the same six-month time period, they removed 207,522 cases of misinformation, 156,831 cases of harassment or abuse, and 37,756 cases of violent or graphic materials.

While these numbers show LinkedIn’s commitment to keeping its site safe, it speaks to growing danger in these virtual want ads. Unfortunately, as LinkedIn improves its practices, so do the scammers trying to find their next victim.

Fraud is one of the biggest industries in America. The Federal Trade Commission documented $5.8 billion lost to fraud in 2021, up 70% from 2020. Of the 340,622 reports of fraud received last year, 11,257 of them were for business impostors. Those reports led to an estimated loss of $37.14 million of money defrauded.

Taking steps to stay vigilant is one of the only surefire ways to prevent fraud, with many job-seeking platforms defenseless to potential predators who are always lurking just beneath the surface.

The 10 Best Movies to Watch After Stranger Things Season 4